Professor Andreas Meinhardt (Justus-Liebig University Giessen, Germany) on “Epididymitis: from the clinic to basic science and back”

Dr. Andreas Meinhardt, Professor, Institute of Anatomy and Cell Biology, Justus-Liebig University Giessen, Germany, was invited to our school’s Life Science Research Seminar series and spoke on a common cause of male infertility, i.e. epididymitis. This event attracted an enthusiastic audience that included researchers, professionals and students from not only our school but also other research institutions at Shanghai.

Infertility can occur in up to 40% of cases, the underlying reasons are not known, but could include obstruction of the epididymal duct and/or impairment of spermatogenesis. Epididymitis is a common condition in males. The inflammation may spread to the corresponding testis as “epididymo-orchitis”. It is a matter of major concern that in spite of being able to eradicate the pathogens with antibiotics, permanent impairment of fertility is seen in a considerable number of patients. To study pathomechanism and improved treatment strategies, Dr. Meinhardt’s group has developed an acute infection mouse model of epididymitis using uropathogenic E. coli (UPEC) as a relevant microbe and revealed that the fibrotic transformation causing ductal obstruction in the UPEC-induced epididymitis mice is mediated by a combination of activin A signalling and the inflammatory response. Combining anti-inflammatory therapy adjuvant to the established antibiotic therapy in mouse prevents ductal obstruction and improves pathological symptoms. With these studies, underlying molecular pathomechanisms of epididymititis are begun to be understood.

Professor Andreas Meinhardt studied Human Biology at Philipps University in Marburg. After his postdoctoral stay at Monash University in Melbourne, Australia, he returned to Marburg. He was appointed as professor in the Department of Anatomy and Cell Biology at Justus-Liebig-University Giessen, Germany in 2001. His research interest includes reproductive immunology with a focus on the understanding of infection and inflammation of the epididymis and testis as a cause of infertility. Andreas holds two Honorary Professorships with Monash University. He has served in the councils of the German Society of Andrology (2005-20012), European Academy of Andrology (2002-2010) and is the current President of the International Society of Andrology. 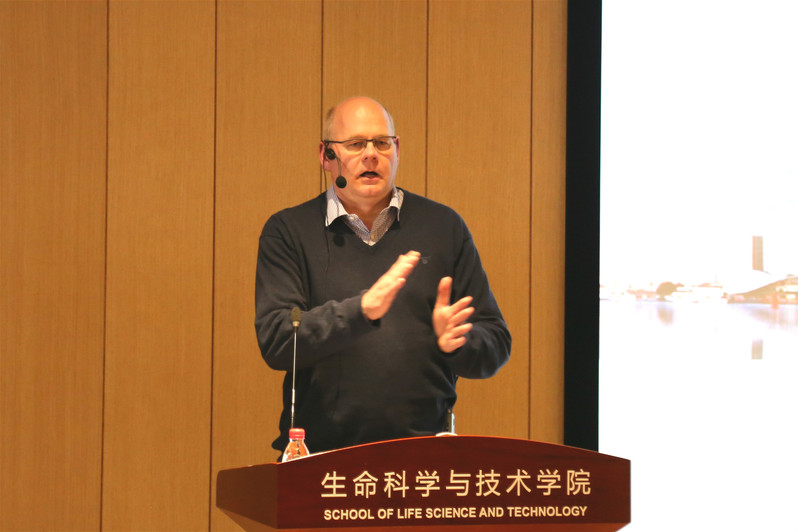