Assistant Professor Yuu Kimata at School of Life Science and Technology published a review article titled ‘APC/C Ubiquitin Ligase: Coupling Cellular Differentiation to G1/G0 Phase in Multicellular Systems’ in Trends in Cell Biology in April 2019. The article reviews the recent progress on the molecular function of a protein complex, the Anaphase Promoting Complex/Cyclosome (APC/C), which is an evolutionarily conserved ubiquitin ligase complex that controls the progression of the cell cycle, and how it coordinates cell cycle progression with cell differentiation in multicellular organisms.

All eukaryotic cells, from yeast cells to human cells, proliferate through the process called “cell cycle.” During a cell cycle, cells duplicate genomic DNA and other cellular components, and divide into two daughter cells. The APC/C controls various processes of the cell cycle by regulating the degradation of many proteins. In particular, the APC/C plays a critical role in controlling the progression of G1 or G0 phase, where cells normally make a decision on whether they continue or stop cell division. In single-cell organisms, such as yeast, the APC/C only regulates cell cycle progression. However, it has been discovered that, in multicellular organisms, the APC/C also regulates various other important processes including metabolism, neuronal functions and tumour suppression. In his new review article, Dr Kimata outlines recent findings on novel molecular functions of the APC/C that are independent of its cell-cycle function, and describes how the APC/C impacts cell differentiation and tissue development by directly regulating differentiation processes alongside the progression of G1/G0 phase during the development of metazoan organisms. Overall, this review highlights the critical role of the APC/C, and possibly many other conserved cell cycle-regulating proteins, in the biology of multicellular organisms, including human. 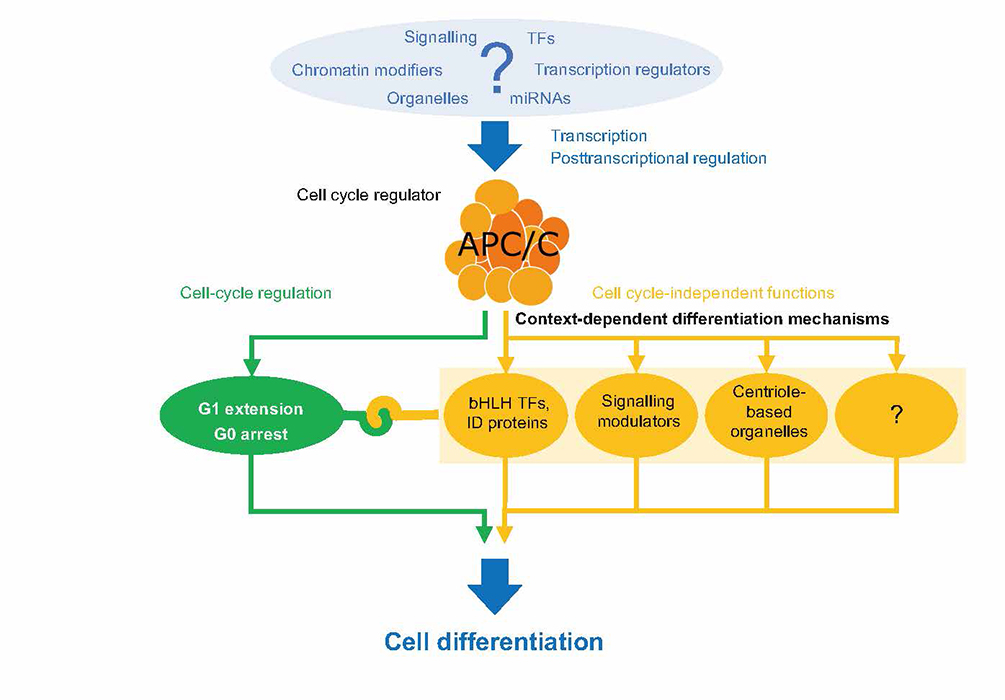 Dr Kimata joined the School of Life Science and Technology in July 2018, after conducting research as a principal investigator at the University of Cambridge for over 6 years. His lab’s research focuses on the function of conserved cell cycle-regulating enzymes, including the APC/C, in animal development and human disease. His lab uses Drosophila and human cells to systematically investigate novel functions and regulatory mechanisms of the cell cycle machinery in the multicellular system.