President Jiang expressed his satisfaction with the outcome of the ShanghaiTech-Oxford Scientific Symposium held at Oxford in December 2018. Thanked Professor Freeman for the effort he made in organizing the symposium. President Jiang said he hoped that ShanghaiTech and Oxford University could work out a concrete mechanism for sustainable collaborations.

Professor Freeman extended gratitude to President Jiang for his support. He said, “Science in the 21st century has changed and interdisciplinary boundaries are disappearing.” As Oxford University is promoting the sciences in the life/physical interface, Professor Freeman said he believed Oxford University and ShanghaiTech could undertake multi-layered collaborations exploiting physical sciences to discover the fundamental biology underlying human diseases.

The historic Oxford University and the emerging ShanghaiTech University share a relentless pursuit of academic excellence and quality teaching. There is a lot of room for cooperation between the two sides. Professor Freeman and President Jiang expressed their shared desire to strengthen cooperation in research and teaching and promote exchanges between professors and students between the two universities. Professor Freeman invited President Jiang to visit Oxford University in the near future.

Later, Professor Freeman gave a lecture at SLST entitled “The Rhomboid-like Superfamily and The Cell Biology of Signalling.”

Rhomboids are a family of transmembrane proteins with special intramembrane serine protease activity, which can cleave target proteins between cell membrane lipid bilayers and have high specificity for target proteins. In 2001, the Freeman group published two papers back-to-back in the scientific journal Cell. They discovered that Drosophila Rhomboid-1 protein is an intramembrane serine protease that plays an important role in regulating EGF signaling. This work opens the field of research for such proteases. In recent years, the Freeman team has extended the study to a class of Rhomboid-like pseudoproteases that are similar in structure to Rhomboid but have no protease activity. Through the mutant mouse model study, the Freeman team revealed that the iRhom2 protein in such proteins, through its binding to the protease ADAM17, regulates the transport of ADAM17 in cells, thereby affecting the molecular mechanism of tumor necrosis factor TNF secretion. The remarkable findings of Professor Freeman and his team have shed lights on the physiological significance and biomedical potential of rhomboid-like proteins.

Professor Freeman inspired the audience with his interesting talk and his extraordinary success in science, and triggered scientific discussion afterward. During his two-day visit, Professor Freeman also had one-on-one meetings with professors from SLST, SIAIS and iHuman Institute of ShanghaiTech.

Matthew Freeman did his BA degree in Biochemistry at University of Oxford and his PhD in Genetics at Imperial College, London. Then he moved to University of California at Berkeley to begin his postdoctoral research. In 1992, he came back to the UK and started his own lab in MRC Laboratory of Molecular Biology in Cambridge, becoming the Head of the Cell Biology Division in 2007. Since 2013, Freeman has been the Head of Sir William Dunn School of Pathology at the University of Oxford. Since 2003, he is the Director of Company of Biologists, which is a famous academic publisher worldwide. For his great scientific achievements in the field, Professor Freeman was awarded EMBO Gold Medal in 2001, Hooke Medal of British Society for Cell Biology in 2003, elected Fellow of the Royal Society in 2006 and Novartis Medal and Prize from the Biochemical Society in 2014. 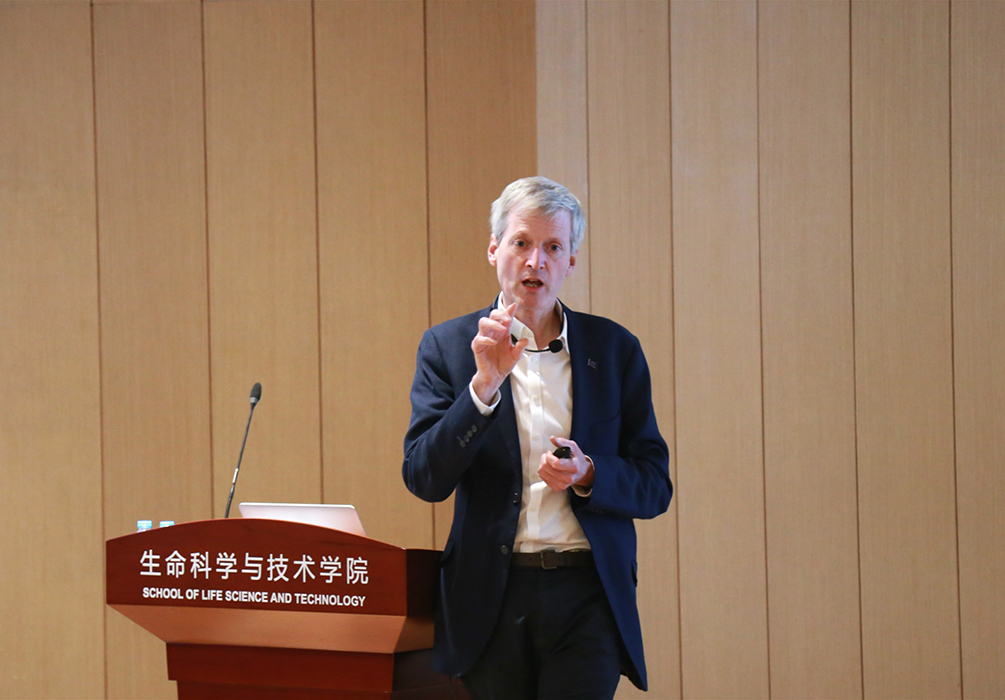 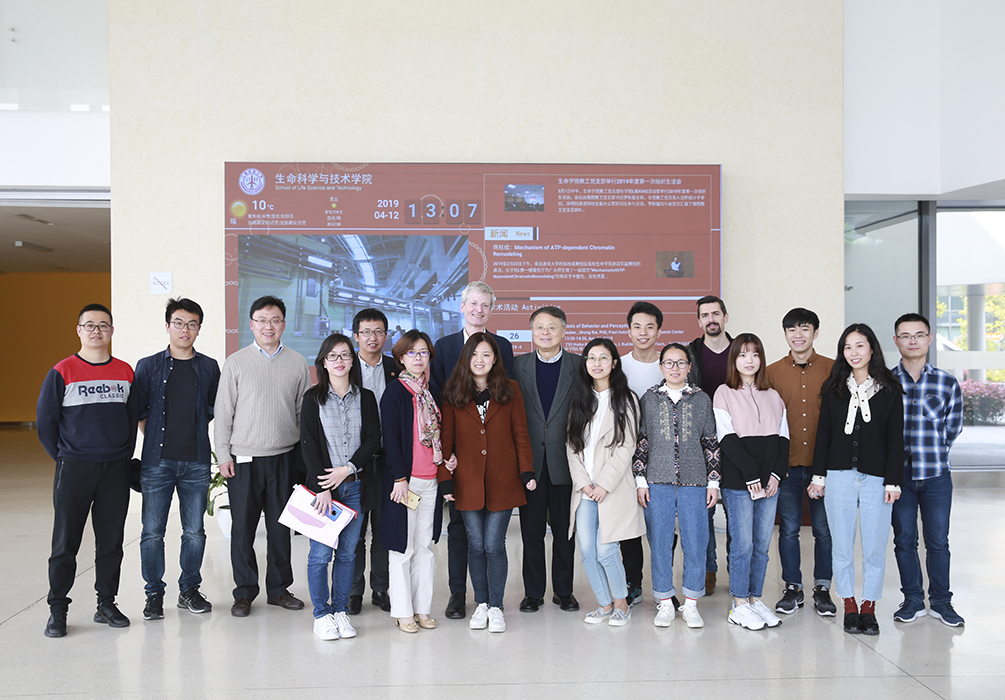